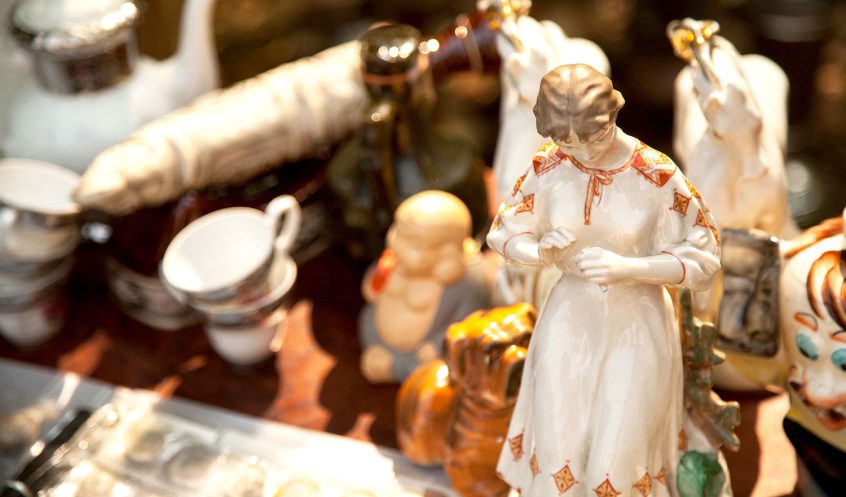 A professional organizer shares ways to downsize an aging parent, without the drama

My mom is a huge collector, and she is particularly partial to collecting pieces for her home. She and my dad used to do a lot of antiquing back in the 1980s and ’90s. She cherishes the items that have been passed down by family members, has always loved little knickknacks and has been known to splurge on holiday decorations. She has also lived her entire life near a town in Wisconsin where antiques and little tchotchkes are sold in abundance, making it easy to expand those collections. In short, she has a lot of stuff.

So when the time came recently for me and my siblings to help her downsize from a three-level home to a two-bedroom apartment, the task seemed daunting, even for someone who organizes people’s homes for a living and has helped many people move to smaller homes. I was pleasantly surprised, however, that despite the physical work that was required, the process went much more smoothly and quickly than I would have anticipated. Here are three reasons that happened.

Although it’s not ideal to make a huge life transition during a global pandemic, this was the moment when my mom finally felt ready to take the leap. My sister, brother and I had been trying to get her to move for years, without any luck. But this summer, she found an apartment she liked, in a location she wanted, and we were off to the races.

One key to getting parents or relatives to make a decision to downsize is to start discussing options well before a move is necessary and hopefully when they are still in good health. This gives them the opportunity to look around at different options and consider their priorities. It also allows them to be in charge, instead of feeling like they’re not in control. Trying to persuade people to move if they don’t want to is difficult, and it’s even harder when they can no longer make big decisions on their own, or when the transition needs to be made quickly for health, financial or other reasons.

Planning ahead also gives people time to contemplate the items they would absolutely like to keep, what they can part with and what they would like to give to family members. All of this takes time — sometimes years — and I find that families get most stressed and frustrated when they try to do something as significant as moving an elderly relative too quickly.

Being inquisitive and intentional

My mom’s memory is still intact, and maybe even better than my own. It was helpful that she could tell me where items had come from, and with some of her antiques, what they had been used for. I could also ask whether she had used something in the past year to determine if she really needed it, and I was able to make sure that my siblings and I could each have something we wanted from past generations.

“…when the time came recently for me and my siblings to help her downsize from a three-level home to a two-bedroom apartment, the task seemed daunting, even for someone who organizes people’s homes for a living…”

My mom could identify the pitcher that had belonged to my great-grandmother, tell me about the cabinet she and my father found on the side of the road that he restored and explain why she wanted to keep one item versus another.

Talk with siblings and other family members about whether they are interested in any furniture, collections or heirlooms. My siblings and I had discussed what each of us wanted years ago. Some people may think that dividing up someone’s possessions while they’re still alive is morbid, but it actually creates peace of mind for everyone and helps to avoid conflict over valuable items in the event of a health emergency or death.

Clients often hire me to help a relative downsize because they feel like their parents won’t listen to them and that a third party will be better able to facilitate decision-making. And sometimes, this is true. Moving and downsizing are big jobs, both physically and emotionally, so it is understandable for everyone to feel overwhelmed.

Maybe because I have seen so many people’s homes and know the difficulties people can have parting with prized possessions, my mom’s overstuffed home didn’t intimidate me. I have found that it’s important to try to avoid making judgments about every decision and to instead have some empathy for all that the person who is downsizing is giving up.

Sometimes, family members begin the process of helping a parent downsize with a clear idea of what they think should be kept and what should be given away, often without knowing the history behind an item or why it’s sentimental and something to be kept. These opinions can sometimes feel like judgments and can leave the parent feeling ashamed and defensive. If both parties can enter into downsizing with an open mind, you’ll be setting yourself up for a less contentious undertaking.

Believe me, all of my mom’s stuff used to drive me crazy. I would wonder why it was necessary to have baskets on stair landings, quilts thrown over railings and tables covered with collectibles. But working as an organizer for more than a decade has made me more attuned to the emotions people attach to their belongings. When people are downsizing, they’re not only saying goodbye to valued possessions, but they’re also saying goodbye to a certain part of their life. That is hard. But if everyone acknowledges what makes the process difficult, it will go more smoothly. For example, explain to your parents that you understand the difficulty associated with giving up prized possessions and express empathy for their situation. Compromise and compassion are also important. Dictating to people what they are allowed to keep or absolutely must get rid of is not the way to go and will make everyone feel bad. 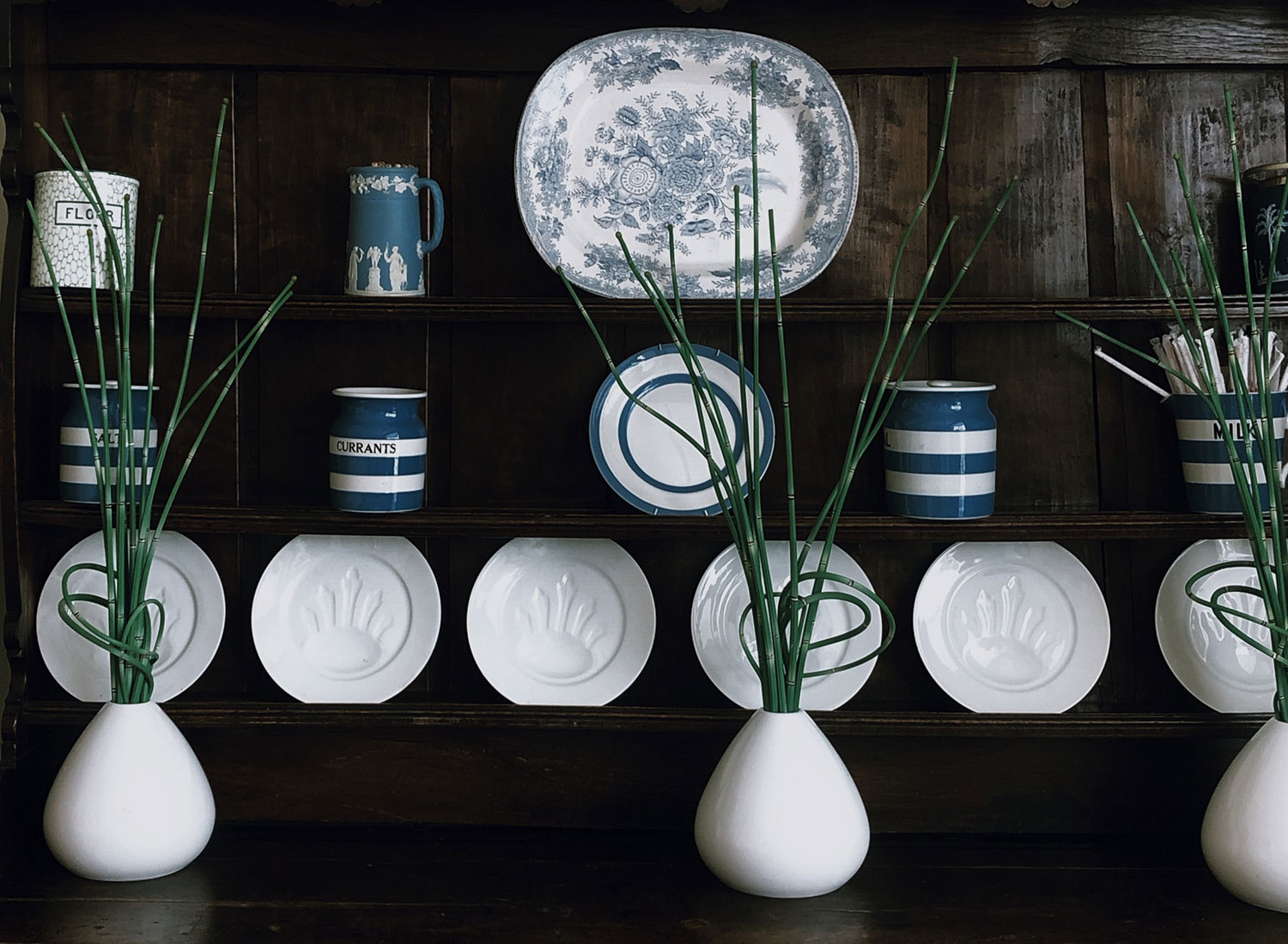 I didn’t make my mom part with everything. Instead, we went through items methodically and made decisions based on the need for and the importance of an item relative to other pieces in the same category. For instance, when deciding on which pieces of artwork to keep, together we were able to distinguish which were her absolute favorites versus which she liked but would be willing to donate so someone else could enjoy them. People are often more open to giving something special away if they know where it is going and that it will be used and appreciated. My mom could ask if I liked something, I could tell her if I thought she didn’t need something, and we decided together what might look nice in her new home. I am not a fan of decorations with roosters. My mom has a lot of stuff adorned with roosters. We kept some items and got rid of others. I still don’t think she needs 16 glasses, but she has fewer than she had before.

A move is never easy, and when it involves downsizing a parent, it is even more fraught. Not everything with my mom’s recent move went smoothly. There were some arguments and some tears, as well as healthy doses of both sadness and happiness. But I believe it went as well as possible, because the timing was right, and it was done deliberately and with understanding.

Nicole Anzia founded her professional organizing company, Neatnik, in 2007. Her company has helped hundreds of people in the DC area organize their homes and simplify their lives. In 2012, she started as the organizing columnist for The Washington Post, writing a monthly column for the Local Living section. Nicole’s columns have appeared in every major city’s newspaper. She has also been featured in InStyle, and online at Refinery 29, Real Simple, Martha Stewart, Wirecutter, Apartment Therapy, and others.  She lives in Chevy Chase with her husband and two daughters. 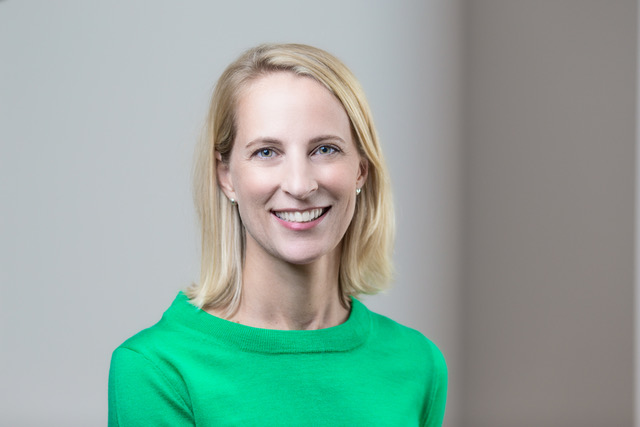 Nicole’s articles have appeared in Martha Stewart, InStyle, Washington Post among others

This article recently appeared in the Washington Post and appears here with permission of the author.