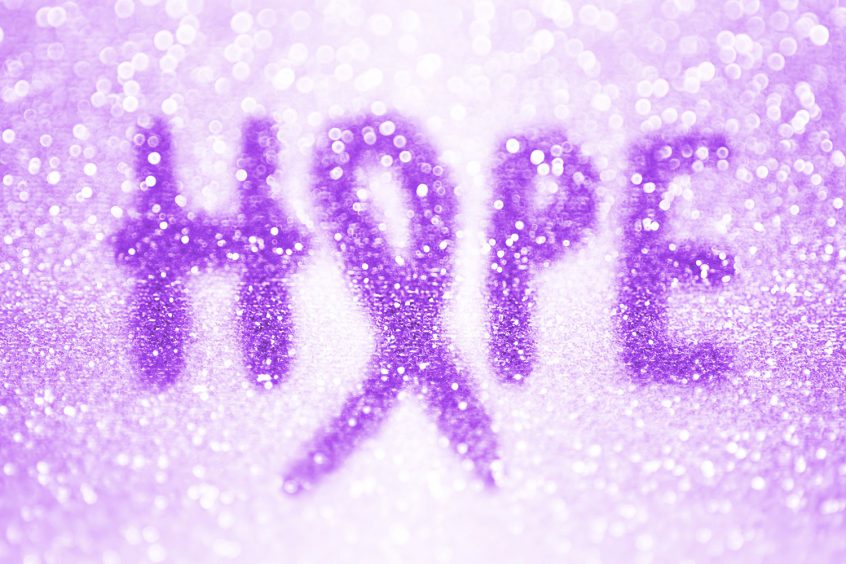 I lost my mother at about this time last year, after her 10-year struggle with Alzheimer’s disease. During this past year, kind friends have checked in at holidays and birthdays, understandably assuming these first landmark occasions without my mom would be difficult. The truth is something that I was at first ashamed to admit, let alone articulate: Grieving her now, when the loss is complete, feels nothing like I had expected. It feels easy.

Alzheimer’s gets called “the long goodbye” but it’s not even as decent as that. It’s a stolen goodbye, a missed goodbye, a sham goodbye, as the person you love dissolves in unseen pieces until they’re completely gone. It’s impossible to pinpoint, even to the year, when your last conversation with them may have been. The ability to say goodbye to someone on her deathbed suddenly seems like getting a pony for your birthday, compared with this quiet drift into the mist. 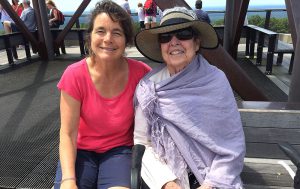 That’s the two of us on her last trip to the east.

But the pony does come. Nearly immediately — certainly within hours of her passing — my mother emerged from that mist. Rather than the person who had so subtly and completely slipped away, the mom who sprung back to life in my mind was engaging, witty, capable, subtly hilarious and limitlessly kind. The happy memories of her that flooded back made me smile without a twinge of guilt, inadequacy, anger and all the other things I had felt for so many years. Yes, I was sad, but it was a pure, uncomplicated sadness of loss. Right by my side, soothing me as I tried to sleep, reminding me in the hardest moments that yes, this is the time to laugh, was the mother who had always lived in my heart.

I hear the same revelation from other people whose parents endured a long, debilitating illness, and each time I am reminded that I wish I had known of this restoration and gotten some comfort from it along the way.

There are so many things nobody tells you about Alzheimer’s. That is probably because when you are done with the experience of losing a loved one to this disease, it feels as though you’ve been pulled through a keyhole. The last thing you want to do is go back through the keyhole and relive it. And yet, I find myself wanting badly to tell people about this one unexpected gift, this total reclamation of the person you feared you had lost forever. 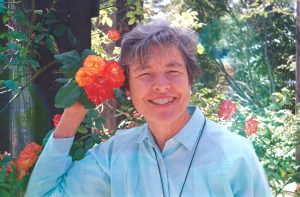 In my compulsion to let people know about this and other things I wish I’d known, I even compiled a short list in my head — a sort of “Pocket Guide to Alzheimer’s for Beginners” — made up of little insights to share with people who are entering this realm with their parents and feel afraid, bewildered and at sea.

The guide starts with the warning that this is a one-way journey. There are the signs leading up to Alzheimer’s, as silent questions circulate within the minds of friends and family; then the fear of hearing the diagnosis, but also, in some ways, the initial relief of being able to put a name on the slipperiness of everything. Then come the battle to try to get help and the stress when one parent tries to care for the other. They’re wily, these couples who mate for life. They cover for each other, so you never really know what their particular capabilities, deficiencies and vulnerabilities are. You know only their cumulative score.

Then, too often, come agonizing decisions of moving a parent into a facility, the inevitable tension between siblings and the protracted limbo of a decline that while relentless has an excruciatingly unchanging horizon. At the center is a parent who feels hopelessly adrift, but then connects with a look or a word or a gesture to remind you that yes, she’s still there. And she knows. And anything you can do — even just thinking of her daily from across the country — matters.

The problem with such a guide is that however truthful the advice, it would be neither welcomed nor kind. It would hit on issues that are hard to understand or even to name when you are first navigating this rough and lonely ocean. At the beginning of the voyage, when you find yourself unwillingly caught in its current, you’re just not ready to take on the inevitable truths and helpful practicalities. You will eventually be sucked to the hard edge of the horizon of Alzheimer’s and go through that surreal keyhole.

Until that time comes, here is something comforting to know. On the other side, in that place of deepest exhaustion enmeshed with sorrow, there is more than just a cliff of sadness and loss. There is this beautiful and unexpected gift — an opposite shore, where the person you’ve loved so much for so long is waving back at you, exactly as you hoped to remember her.

The other day I went for a walk with a close friend, who had met my mom only a few times on their respective trips east and west but immediately bonded with her. She was wearing a shirt I’d given her, a shirt I had first given my mom, in the lavender color they both loved. I thought it might be weird to give my friend the shirt of someone who had died, but she took it with gratitude and joy. On this day, my friend explained her panic when she recently thought she’d lost the shirt. “I wear it when I want to be more like Nina,” she explained. “She was so kind and unconditionally giving. I need to be more like that and this shirt reminds me of that.”

Tears welled up immediately, unexpectedly, as they hadn’t for months. I realized all the little things like that in my life — objects, routines, gestures, phrases — that remind me to be a little more like Nina. They make me smile and keep her alive in the now. I do miss my mom, every single day, and especially in times like these when all you want to hear is the reassuring sound of your mom’s voice, from anywhere. But I’ve got the next best thing. I get to miss my mom exactly the way she would want to be missed. 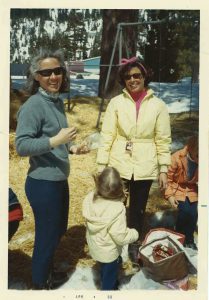 That’s Mom in her yellow jacket and me as a tot.

This article recently appeared in the New York Times and appears here with permission of the author.