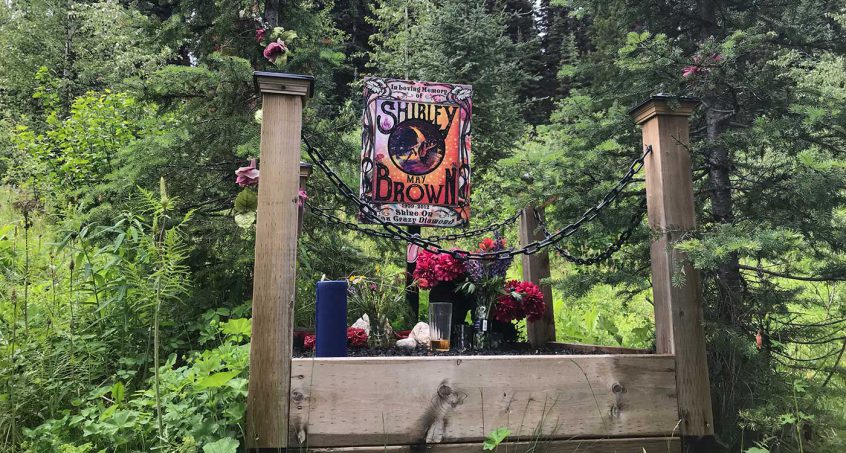 From Loss, Comes a New Beginning

Who hasn’t experienced a sudden death in the family? It’s pure trauma made worse by the harsh decisions to follow, but does it really have to be that way?

The end came suddenly, and unexpectedly. The mother and her only daughter, had chatted on the phone that Saturday afternoon, making plans and discussing an upcoming visit together.

Sunday came like most other days, but when the news came that her mother had suddenly passed away that morning at her kitchen table, time simply stopped.

As an only child with three adult children of her own, the daughter had instantly inherited the many complexities that await the loved ones of a family member who passes without an end-of-life plan.

As the reality of this sudden passing took hold, the daughter was left to wonder, what would her mother’s wishes have been? What would have mattered to her most? What would she have wanted? Although they had all been close, the grieving family was at a loss. The mother was born in the baby boomer generation and discussions around death or dying were simply forbidden—There was only time for living with the possibility of dying too morbid to consider. There had been no sign of illness and the news brought by the Sunday morning phone call was simply unimaginable. It had seemed like the mother would live forever.

With the mother and daughter living 500 miles apart, the logistics of planning an unexpected memorial, sorting and cleaning the apartment, and finding storage for a lifetime worth of possessions and treasures was agonizing. Was there a better way?

The daughter’s grief took a backseat to the financial, moral and legal decisions that had to be made over the weeks and months that followed. Even the lesser items required a final decision such as… Who would inherit the TV that had been recently purchased?

Decisions such as cremation versus burial, autopsy or no, government requirements, tracking down all manner of service providers, pension and legal needs were cruel but necessary. The rapid distribution of the lifetime of possessions in her apartment, and calling family and friends with the painful news of the mother’s passing were distractions from the painful reality that after-all her mother was… Gone.

The family did their best to honor her memory the best way possible and as well, ensure that her wishes were respected, but without any true sense of what those wishes might have been.

The mother had also been an only child as well and the sudden loss of undocumented family history added to the sense of profound of sadness and loss.

It became clear that there had to be a better way! Experiencing the death of a loved one is painful enough, but the myriad of decisions to be made could be much easier for those left behind. If only families had some guidance—a true sense of their loved one’s wishes and treasured memories. As a result, Check-Out was born.

A team with all the relevant skills and vision gathered to design an easy-to-use online platform helps families address “the elephant in the room” and find a way to talk about mortality in a constructive way. Perhaps the name “Check-Out” is just a bit irreverent, but it’s thought that the mother would have smiled… And approved.

From our team to your family… Do yourselves and your loved ones a favor by making your wishes known, today. Don’t wait for a tomorrow that may never come. Store and share your memories in a place where those who care can access them. There’s never a guarantee that tomorrow will be like today.